Narrow, emerald green, spineless leaves give this agave a different look than other species. 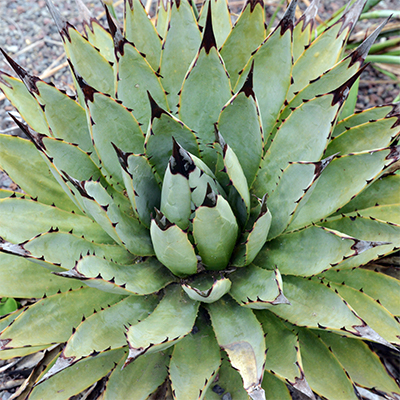 Agave macroacantha is a beautiful medium-sized century plant with numerous bluish grey leaves each tipped with a bold black spine. This distinctive blue agave has beautiful markings on the foliage like Baccarat crystal. 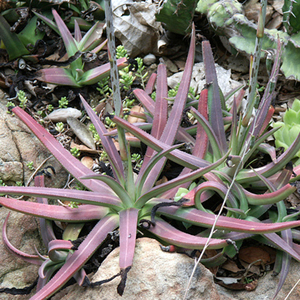 A unique agave with a light green central stripe. Great for container culture. 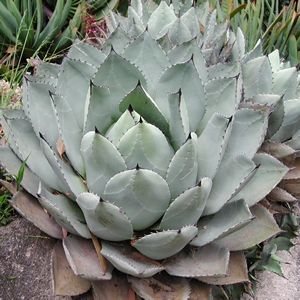