Allium macranthum is a rare species of wet habitats with delicate, pendulous, bell-shaped, pink to purple-pink flowers in a loose cluster. Allium maximowiczii is an ornamental onion that somewhat resembles a tall chives but with silver-blue leaves resembling blue fescue. Allium nevskianum is a rare species with large pink flowers atop pairs of blue leaves. Allium sativum 'Chesnock Red' is a purple stripe hardneck garlic. It is an award-winning variety with a full, rich garlic flavour and a mellow aftertaste. 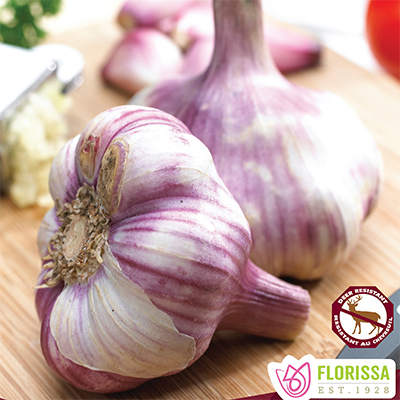 Allium sativum 'Metechi' is an heirloom garlic that is one of the best for production producing huge bulbs with a spicy, hot flavour. Allium sativum 'Mexican Purple' is a purple stripe hardneck garlic that is very spicy hot when raw and mild and delicious when baked. 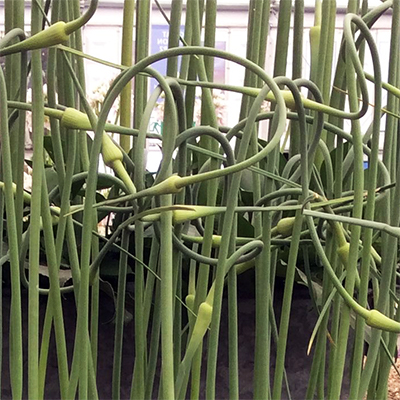 Allium sativum var. ophioscorodon is a curious form of garlic with twisting stems that create a cool sculptural effect in the garden. Allium sativum 'Yugoslavian' is a porcelain type garlic with great flavour fresh or baked. It has excellent storing potential. Allium schoenoprasum 'Forescate' is a large-flowered selection of chives with rose-purple flowers. 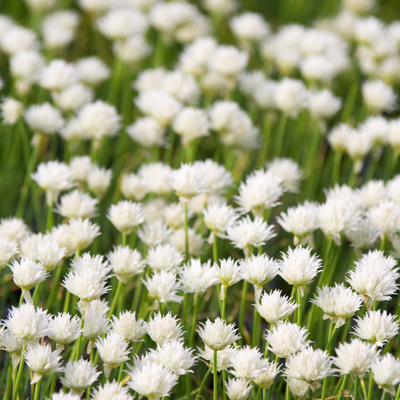 Allium schoenoprasum 'Snowcap' is a white-flowered selection of chives. Allium schubertii has rosey purple, star-shaped flowers arranged like an exploding firework that can be as big as a volleyball!