Salvia madrensis 'Red Neck Girl' has maroon stems that are adorned later in the season with a compliment of yellow flowers. 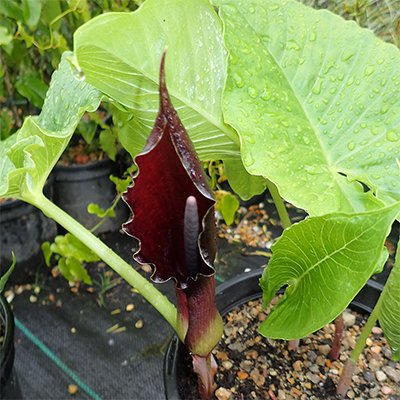 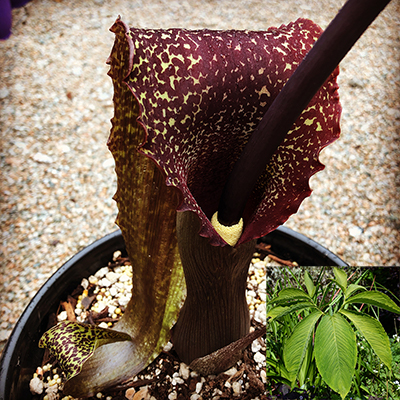 Schefflera delavayi is a lush and tropical but totally hardy shrub or small tree at the cutting edge of woody horticulture. 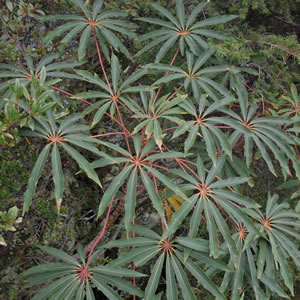 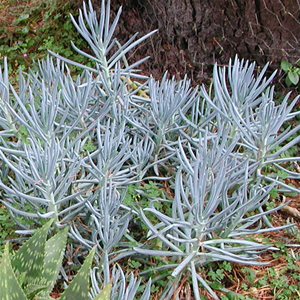 Senecio peregrinus or String-of-Dolphins is grown for its foliage that resembles a pod of jumping dolphins. White flowers in spring, Senecio rowleyanus or string-of-pearls is a trailing succulent with spherical, succulent leaves resembling a pearl necklace. Senecio rowleyanus 'Variegata' is the variegated string of pearls or "VSOP". It is a very rare variegated form with leaves variably marked with white and ivory. 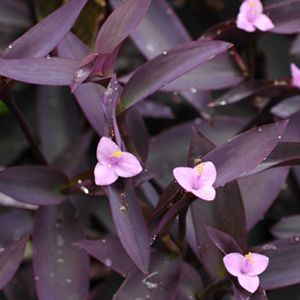 Sinningia is a genus related to Gloxinia and African violets. 'Invasion Force' has pink, fragrant, tubular flowers atop felted foliage. Syneilesis palmata is a rarer species of umbrella plant than the related S. aconitifolia with broader, lighter green foliage that is more lush appearance.