A lovely creeping shade ground cover, with dark green, clover-like foliage, marbled with silver on top and burgundy undersides that often remain through a mild winter. This species is native to BC. 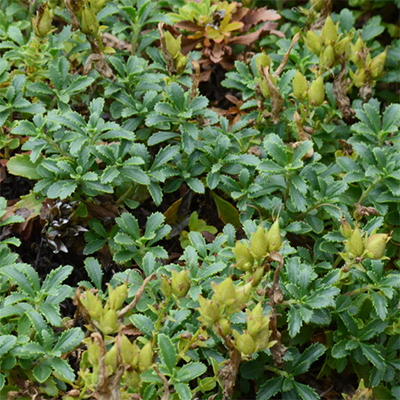 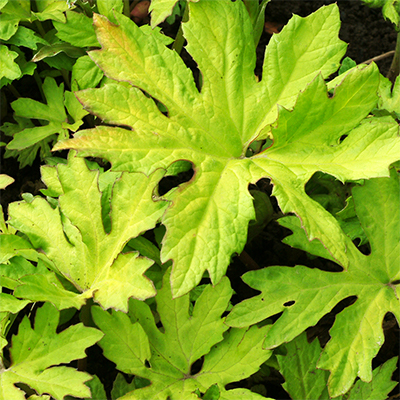 'Golden Ruby' is a golden version of our native salmonberry, Rubus spectabilis. Help the spring hummingbird migration in style. Sambucus canadensis 'Nova' is an elderberry with white clusters of flowers followed by dark, delicious berries. Sisyrinchium californicum is known as the golden-eyed grass. It has iris-like foliage and cheerful six-tepaled, star-shaped flowers. 'Cool Gold' is a gold version of the BC native piggyback plant, Tolmeia menziesii, for moist shady places. Trillium albidum is rare in cultivation and so elegant in the shade garden with sessile white petals and mottled foliage.