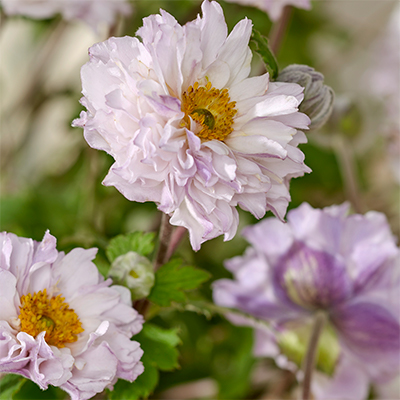 Anemone rupicola 'Frilly Knickers' is a Japanese anemone with flowers in white and violet tones around yellow centres. Arum italicum 'Marmoratum' has glossy, extra mottled foliage with flowers of greenish-yellow which turn into showy spikes of red berries. 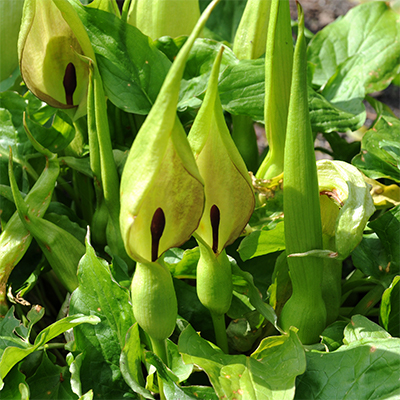 Arum maculatum is an exotic perennial with pale green to yellow spathes with yellow to purple spadices. Asclepias curassavica 'Monarch's Promise' is a variegated milkweed with blooms in scarlet red and orange all summer and fall. 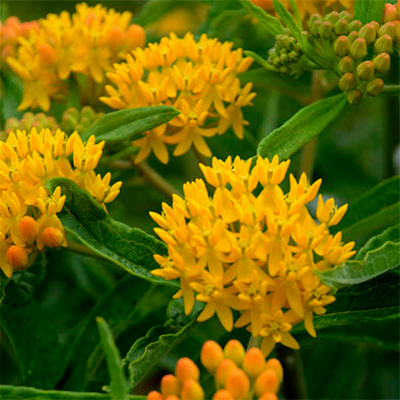 Asparagus officinalis 'Eclipse' is a perennial vegetable with thick green spears that can be harvested in the first year of growth. Asparagus officinalis 'Millennium' is a delicious perennial vegetable with purple-tipped green spears that can be harvested from year two and onward. Asparagus officinalis 'Purple Passion' is a deliciously sweet perennial vegetable with purple spears that can be harvested from year three onward. Baptisia 'Burgundy Blast' is a false indigo with spires of purple and yellow flowers and blue-green foliage.