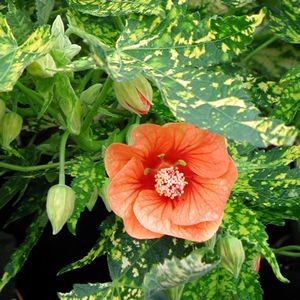 Abutilon pictum 'Thompsonii' is a flowering maple that produces masses of peach bells set off by the yellow-spotted foliage. 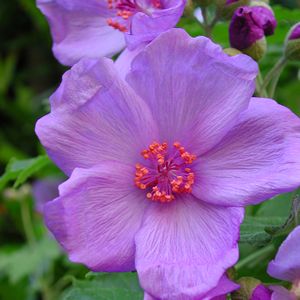 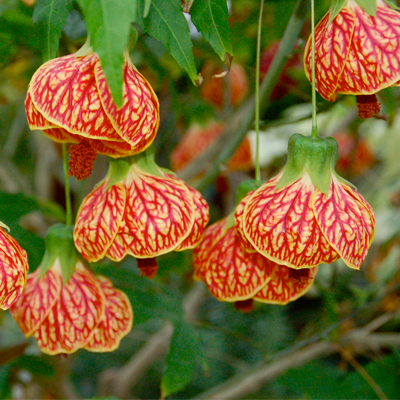 The upright stems of Abutilon 'Biltmore Ballgown' are festooned with dangling two-inch orange bells streaked with scarlet throughout summer. 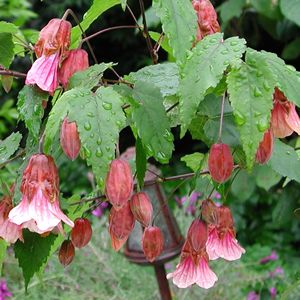 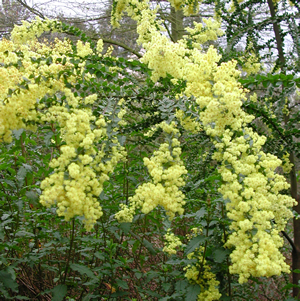 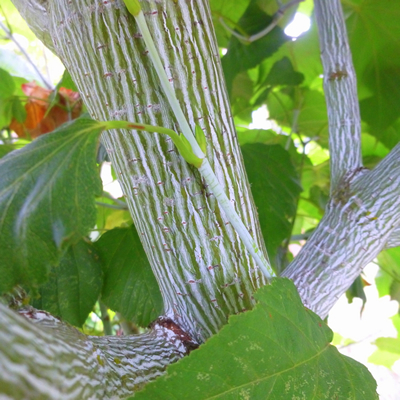 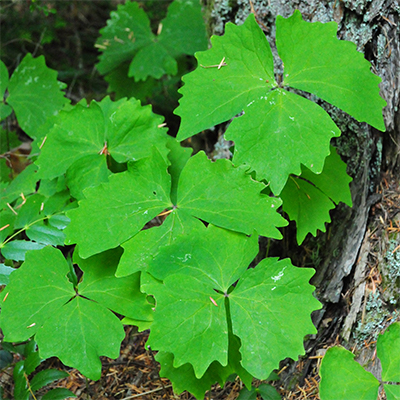 Achlys triphylla is a unique ground cover attractive to pollinators and hummingbirds. The dried three-part leaves smell like vanilla. The species that brings you kiwi fruit! A. deliciosa is a large, rampant vine that needs a lot of space in which to sprawl. Actinidia deliciosa 'Jenny' is a self-fertile kiwi that produces fruit just like you find in the supermarket. 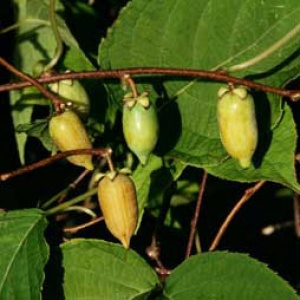 Actinidia polygama 'Hot Pepper' has orange-yellow fruit with a sweet and spicy flavour with green and silver foliage. Actinidia polygama 'Pavel' is a good pollinator for females. It has fragrant flowers and silvery-white foliage. 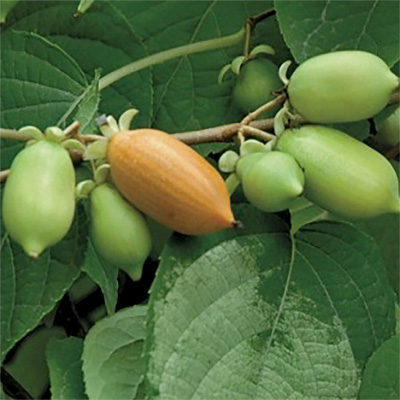 Actinidia polygama 'Vera's Pride' is a good pollinator for females with fragrant flowers and silvery-white foliage. Actinidia tetramera var. maloides has luscious foliage that is burgundy when young and later deep green tipped with white. Aeonium aureum (also known as Greenovia aurea) is a rare succulent that forms a cluster that looks like a green rose bud. 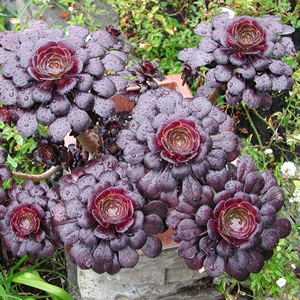 Aeonium 'Zwartkop' is one of the best succulents for pot culture with burgundy rosettes on stems from 1-3 feet tall. 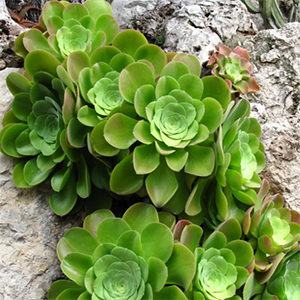 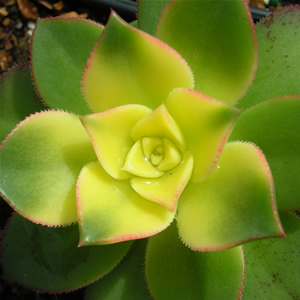 Aeonium "Green Ripple" is a beautiful plant with apple green foliage with a nice ripple to the leaves and upright, branching stems. Aeonium "Green Tree" is a beautiful plant with apple green foliage and upright stems that are heavily branching forming a small, tree-like structure.