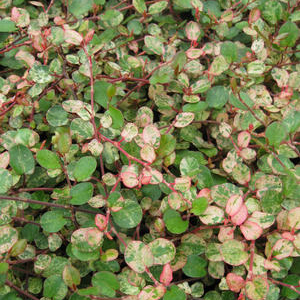 Persicaria 'Blackfield' has wands of deep red flowers that last for months above bold mounds of lance-shaped, mid green foliage. 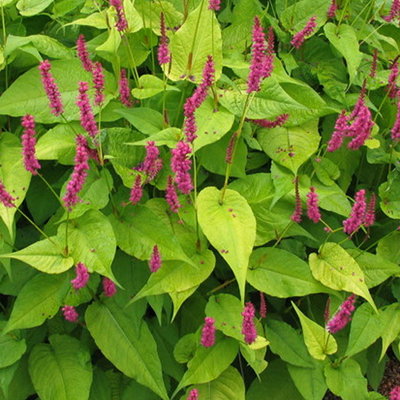 Persicaria 'Golden Arrow' has wands of red flowers that last for months above bold mounds of lance-shaped, golden foliage. Wands of red flowers last for months above bold mounds of lance-shaped foliage. 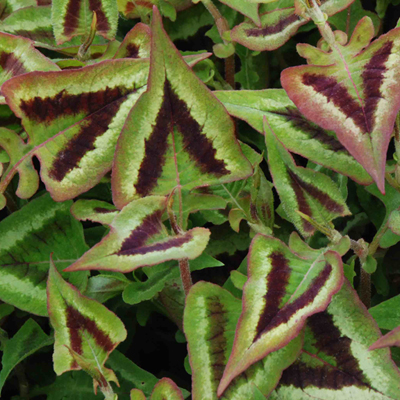 Persicaria polymorpha or giant fleece flower is a HUGE perennial for the back of the border with months of white flowers. Rheum alexandrae is a rare species of rhubarb from the mountains of China and Tibet with heart-shaped leaves and yellow flowers. Rheum palmatum is an ornamental rhubarb with huge leaves, often flushed with red beneath. Rheum rhabarbarum 'Red Champagne' is an old variety of rhubarb with long red stems that are sweet to the taste and an early producer. Rheum 'Strawberry Red' is noted for its deep red, tasty, sweet stems with a mild flavour that hold their colour when cooked.